When two drugs were delivered in one nanoparticle rather than separately, the treatment worked better in mice 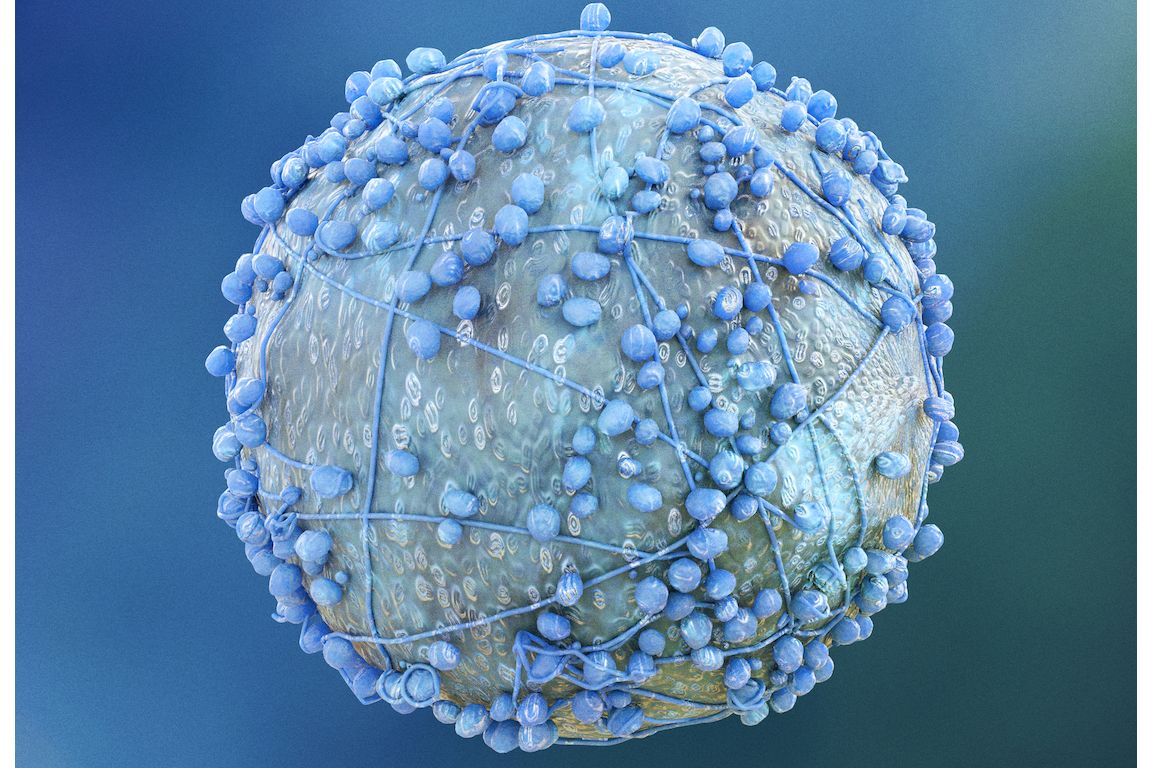 This article was originally published by UCLA Newsroom

Over the past 30 years, progress in early detection and treatment of cancer has helped reduce the overall death rate by more than 30%. Pancreatic cancer, however, has remained difficult to treat. Only 1 in 9 people survive five years after diagnosis, in part because this cancer is protected by biological factors that help it resist treatment.

In hopes of turning the tide, UCLA researchers have developed a technology that delivers a combination therapy to pancreatic tumors using nanoscale particles loaded with irinotecan, a chemotherapy drug approved as part of a drug regimen for pancreatic cancer, and 3M-052, an investigational drug that can boost immune activity and help overcome tumors’ resistance.

In a study recently published in the journal ACS Nano, the research team showed that the simultaneously delivered combination outperformed the sum of its parts in a mouse model of pancreatic cancer.

“In my opinion, invoking the immune system will make a big difference in providing a much better treatment outcome for pancreatic cancer,” said corresponding author André Nel, a distinguished professor of medicine and director of research at the California NanoSystems Institute at UCLA. “That’s where I hope this research is taking us.”

The researchers’ double-loaded nanocarrier was more effective at shrinking tumors and preventing cancer metastasis in mice than either irinotecan without a nanocarrier or nanocarriers that delivered the two drugs independently. The combination therapy also attracted more cancer-killing immune cells to tumor sites and maintained drug levels in the blood for longer. There was no evidence of harmful side effects.

In addition to blocking cancer cells from growing, irinotecan sends a danger signal to the immune system’s dendritic cells; these in turn mobilize killer T cells, which travel to tumor sites and destroy cancer cells. But because dendritic cells are often functionally impaired in patients with pancreatic cancer, 3M-052 provides extra assistance, helping them better marshal killer T cells both at the cancer site and in nearby lymph nodes. 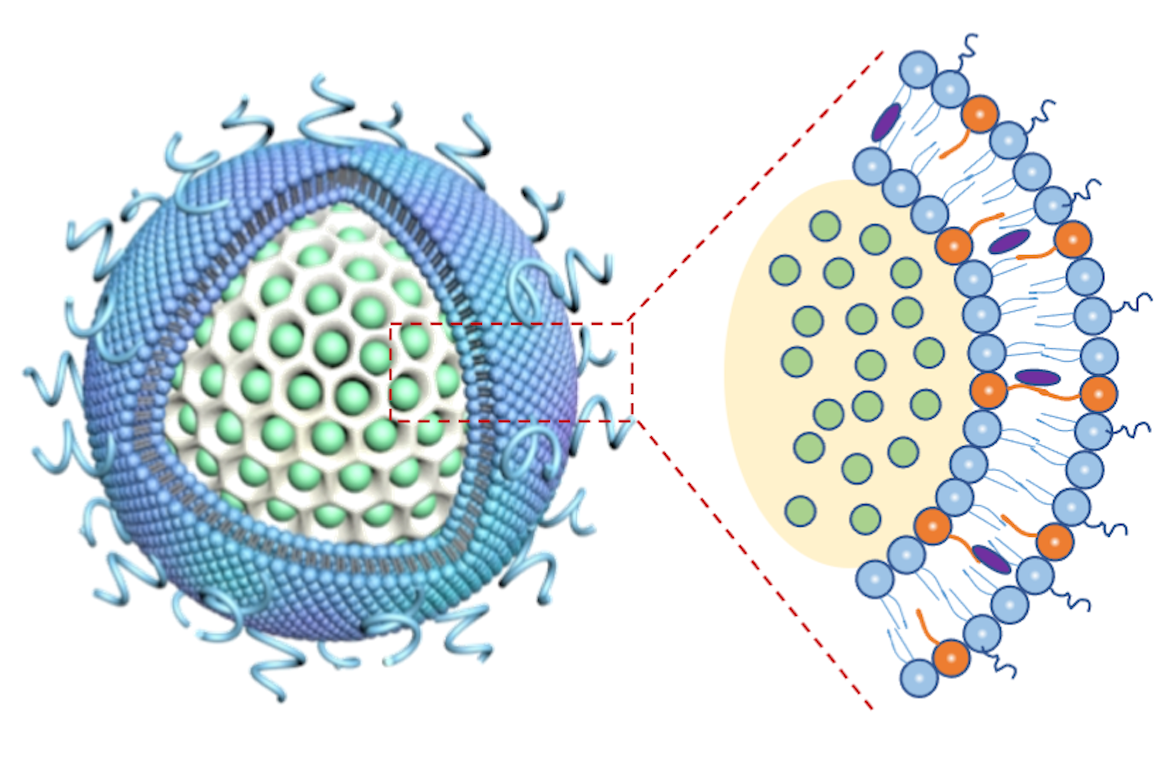 The nanocarrier’s hollow glass bubble (white, at left) is packed with irinotecan (green) and is covered by lipid layers (blue) that contain the immue-boosing drug 3M-052 (orange particles in close-up image on right) (Image courtesy: CNSI/UCLA)

Combination therapies for cancer are not new, but packaging drugs together in the same nanocarrier has proven difficult. Only one dual-delivery nanocarrier for chemotherapy has been approved by the Food and Drug Administration. However, over the past seven years, the Nel lab has developed an approach for simultaneous delivery, and the current findings provide further evidence that their innovative nanocarrier design enables the drugs to work in tandem more effectively than if they were delivered separately.

Most nanocarriers are composed of layers of lipid molecules made up of fatty substances, similar to a cell membrane, with spaces into which drugs can be packaged. With the new device, that double layer of lipids surrounds a core glass bubble made of silica whose hollow interior can be filled with irinotecan. In an ingenious twist, UCLA postdoctoral researcher and first author Lijia Luo figured out that the 3M-052 molecule’s fatty tail could be used for integrating the second drug directly into these outer lipid layers.

The structural design of the carrier, which is so small that it would take 1,000 of them to span the width of a human hair, helps prevent drug leakage and toxicity while the device enters a formidable ropelike barrier protecting the pancreatic cancer and travels to the tumor site. The glass bubbles offer additional protection from leakage, enabling the carrier to deliver more irinotecan to the tumor site, compared to other drug carriers.

The team will conduct further preclinical experiments to test their treatment in large-animal models and confirm quality-control for large-scale manufacturing of their silica nanocarriers.

“It traditionally takes 10 to 20 years for new breakthrough technologies to reach the marketplace,” said Nel, who is also founder and chief of UCLA’s nanomedicine division and director of the University of California’s Center for Environmental Implications of Nanotechnology. “Nanocarriers have been around for almost 20 years. While lipid-based nanocarriers are leading the way, the silica-based carrier decorated with lipid layers stands a good chance of speeding up the rate of discovery and improving cancer immunotherapy.”

Other co-authors of the study are research scientists Xiang Wang, Yu-Pei Liao and Chong Hyung Chang, all of UCLA.

The Advanced Light Microscopy and Spectroscopy Lab (ALMS) and Electron Imaging Center for Nanomachines (EICN) Technology Centers at the CNSI were used for this research.

The study was supported by the National Cancer Institute.